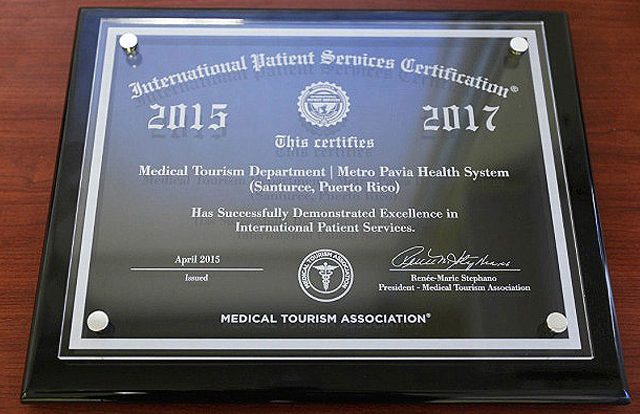 The Puerto Rico Medical Tourism Corporation and Medical Tourism Association (MTA) headquartered in Florida, announced today that the Hospital Pavia Santurce became the first health provider in the Island to be certified in medical tourism after a training process and inspection of facilities.

“As part of our strategic plan, we hired MTA for the training and the certification process to organizations that provide medical services. During the past February, we began the process with a large group of hospitals, outpatient and dental clinics currently serving patients from abroad. Many of them are already in the final stage of evaluation and today we are pleased to announce the award of the first certification to Hospital Pavia Santurce. This constitutes a distinction of quality to attract patients and strengthen relationships with insurers and other purchasers of health services at both local and international level, “said Francisco G. Bonet, CEO for Puerto Rico’s Medical Tourism Corporation.

The Medical Tourism Certification places providers in a highly competitive global position. “We are convinced that our Island will stand out in the area of certifications due to the high professionalism of our medical professionals, our hospital infrastructure and health care in general. The certification process with the recent selection of the company “Nueterra” (to serve as facilitator between the patient from abroad and health care providers on the island) are two significant steps forward in our efforts to make medical tourism a real axis of economic development for the Island, “said Economic Development Secretary Alberto Bacó Bagué, who predicted that soon will be presenting the identity of medical tourism of the Island internationally.

On the other hand, Ms. Renee-Marie Stephano, president of MTA expressed her enthusiasm for the results achieved by the “International Patients’ Services Initiative” led by her organization by which the largest group of hospitals in Puerto Rico and the Caribbean was certified. “Hospital Pavia Santurce will continue to grow and to develop. MTA is proud to be associated with an institution characterized by its pioneering spirit that values, education and training to benefit both residents of Puerto Rico, as well as traveling patients in the region and beyond”, said Ms. Stephano.

Hospital Pavia Santurce, (as part of the) largest hospital network on the Island, trained its executive, financial and administrative staff as well as its direct customer service workforce through training offered by the Puerto Rico’s Medical Tourism Corporation and MTA. According to Mr. Guillermo Martín, Operations vice-president: “At Hospital Pavia Santurce it is most important to work on the wellbeing and health of all our patients. The quality and excellence that distinguish this healthcare system with 12 hospitals in Puerto Rico, is expanding its services beyond our shores to care for patients in international markets. This important certification we have received validates the optimal compliance with our standards of health, which is an excellent result for the entire Corporation “.

It is contemplated that during this semester dozens of suppliers comply with all requirements for their certification while many others to be incorporated during the rest of the year. Similarly, Puerto Rico’s Medical Tourism Corporation initiated aggressive marketing efforts abroad. It is projected that the development of this industry will create about 3,000 jobs and inject $ 300 million into the Island’s economy in the next three years.

Puerto Rico’s Medical Tourism Corporation was created as a subsidiary of the Tourism Company of Puerto Rico in order to rapidly develop a comprehensive and robust medical tourism industry in the Commonwealth of Puerto Rico, which will benefit the inns, the carriers, hospitals, health care, dental and other directly or indirectly related sectors. 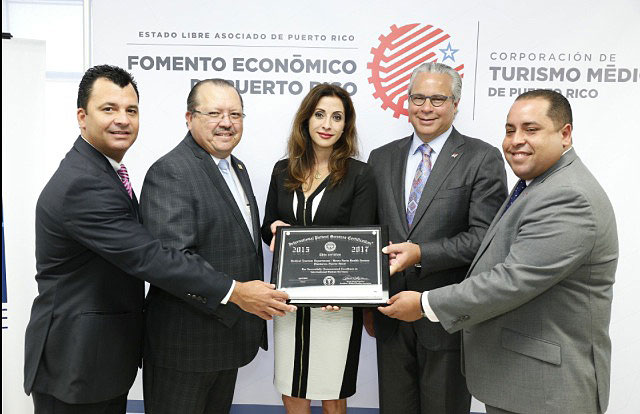 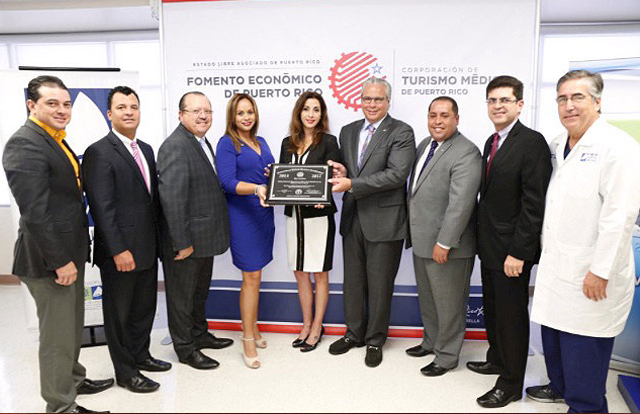 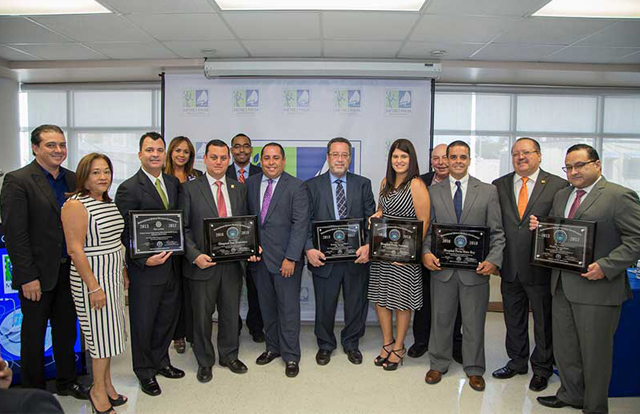